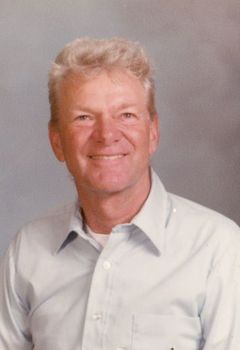 CW3 Roy F. Carlson (United States Army, Retired), of Ozark, Alabama, died Tuesday, March 31, 2015, after a short illness. A Mass of Christian Burial will be held for CW3 Carlson 10:00 A. M. Monday, April 6, 2015, in St. John The Evangelist Catholic Church in Ozark with Reverend Frederick Boni officiating. Interment will follow in Woodlawn Memory Gardens with Full Military Honors, Holman Funeral Home and Cremations of Ozark directing. The family will receive friends at the funeral home Sunday from 3:00 P.M. until 5:00 P.M.

CW3 Carlson was born January 1, 1928 in Brooklyn, New York to the late John Ferdinand Carlson and Beda Maria Spong Carlson. In 1944 at the age of sixteen, Roy quit high school to join the United States Maritime Service and upon graduation shipped out as a seaman on an oil tanker (Axtell J. Byles) to Puerto La Cruz, Venezuela.

He returned to high school due to severe sea-sickness affliction and subsequently graduated. He married Patricia Shott in 1946 and finished one semester at Oswego Teachers College in New York. He enlisted in the United States Army in July 1948 and spent five years as a paratrooper. While in service he continued his college education during off-duty hours which resulted in his obtaining a Bachelor’s Degree from the University of Omaha in Nebraska, for a final semester in the “Bootstrap Program”. In 1969 he retired from the United States Army with the rank of Chief Warrant Officer (CW3) as a criminal investigator and enrolled in Troy State College to gain a teacher’s certificate.

He started teaching social studies in the Ozark City School System in 1970 and retired following nineteen years of teaching. Continuing his night classes at Troy University while teaching, Roy obtained an Educational Specialist Degree (Ed.S). With that degree and previous ones, Roy was qualified to be a School System Superintendent, as well as a teacher, counselor and principal. Pursuing an education paid off for Roy in his military and civilian careers.

I noticed in the September issue of the MOAA magazine, the passing of Roy Carlson. I knew Roy from, I believe the 40th CID at Fort Dix in the early 1960s. I recall his outgoing personality, but wasn't aware of his teen Merchant Marine days. An interesting obit, if you Google his name. He retired in 1969, became a teacher, and passed away March 31st, 2015, in Ozark, AL. Rest in peace, Roy, and peace be with his family.
......Dick